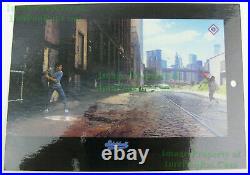 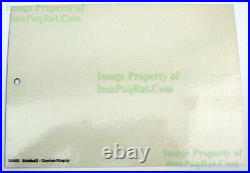 This Nike Poster Card is in EXCELLENT Condition with TONS of EYE-APPEAL! It is a PERFECT candidate to be sent in for grading!

I frequently have more Nike Poster Cards Listed!! Check them out by Clicking this link!

The top result should be Dr. Phil Garrou's checklist 50.

This Nike Poster Card is a Type 1 black background, hole punched for attachment, information printed on back. Dale Murphy is a former Major League Baseball outfielder, catcher, and first baseman. During an 18-year baseball career, 197693, he played for three different teams, but is best noted for his time with the Atlanta Braves.

Murphy won consecutive National League Most Valuable Player Awards (198283), the National League's Silver Slugger Award four straight years (198285), and the National League's Gold Glove Award five straight years (198286). He is an inductee to the Oregon Sports Hall of Fame, Georgia Sports Hall of Fame, and World Sports Humanitarian Hall of Fame. Murphy finished his career with 398 home runs, 1,266 RBI, and a. His MVP awards in 1982 and 1983 make him one of only four outfielders in MLB history with consecutive MVP years; at the time, he was the youngest to have accomplished the feat. His many honors include seven All-Star appearances, five Gold Gloves, and four Silver Sluggers.

He won the National League (NL) Rookie of the Year Award in 1984, as he led the league in strikeouts, and then won the NL Cy Young Award and a Triple Crown in 1985. While a member of the Yankees, Gooden threw a no-hitter in 1996. Gooden made his major-league debut on April 7, 1984 with the New York Mets at the age of 19. He quickly developed a reputation with his 98 MPH fastball and sweeping curveball, which was given the superlative nickname of "Lord Charles", in contrast with "Uncle Charlie", a common nickname for a curveball.

K", by analogy with basketball's "Dr. J", Julius Erving, and also in reference to the letter "K" being the standard abbreviation for strikeout, which soon became shortened to "Doc.

Gooden soon attracted a rooting section at Shea Stadium that called itself "The K Korner", and would hang up cards with a red "K" after each of his strikeouts. SHIPS FROM BEAVERTON OREGON, Hometown of the NIKE WORLD HEADQUARTERS; and just up the Road from Eugene, BIRTHPLACE of NIKE! If our title says VINTAGE or ORIGINAL then the item is the ORIGINAL, Vintage item!

It's not a reproduction, photocopy or reprint. All of our VINTAGE items are ORIGINAL. Yes, I can grade Sports Cards myself, BUT grading is subjective, Pictures are real. Yes I know that'Awesome','Nice' and'Excellent' aren't official Card Grading Terms.

Also, I will not reply to messages asking me to give a card a specific grade or grading window. This Nike Poster Card would make the perfect addition to any sports card collection! The pictures you see are NOT STOCK photos and are of the actual Nike Poster Card you will receive.

Our Posters and Poster Cards make the perfect gift for the Fan / Collector! I had somebody put in a Best Offer and added the condition "Thank You", which was nice, but it kept their offer from being auto-accepted. Later that night, before I saw the offer, somebody else bought the item at full price. Check out my Feedback and you can see that I aim to please!

Did I mention Satisfaction Guaranteed! From a SMOKE FREE & PET FREE location. It will also be sandwiched between sturdy cardboard and then wrapped in bubble-wrap. If you win more than 1 item from me, please contact me, before you pay so I can send you a consolidated invoice.

This poster is in very good, used condition; with no pin holes or tape residue on the corners! The lower right corner does has some issue but there is still PLENTY OF EYE APPEAL! Please see all the pictures! SMOKE FREE / PET FREE!

So no smelly surprises and no dander flying around when you open up your package! We will do everything we can to correct any misunderstandings. Thank You for looking at our Item. Bruce "ImaPaqRat" Fisher Remember: People don't stop playing because they grow old; they grow old because they stop playing! 1980s NIKE Poster Card STICKBALL Murphy Gooden WTC Brooklyn Bridge" is in sale since Sunday, November 15, 2020.

This item is in the category "Sports Mem, Cards & Fan Shop\Sports Trading Cards\Baseball Cards". The seller is "imapaqrat" and is located in Beaverton, Oregon. This item can be shipped worldwide.