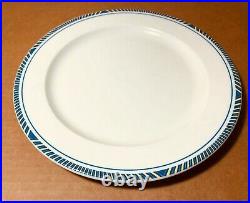 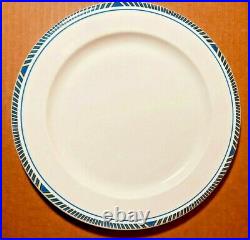 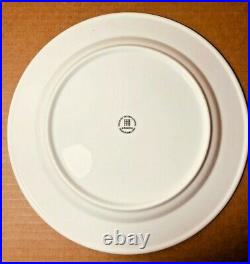 Very rare Plate from the Windows on the World restaurant, which was destroyed in the 9/11 attack on the North Tower of the World Trade Center. Windows on the World occupied the top floor of the building and had the best views of any urban restaurant anywhere. Almost all of these plates were destroyed when the towers fell. Only a few survived because they were borrowed by the owner for a private function at his home.

A partial set of surviving pieces is on display in the Smithsonian. September 11 Collecting Curator Museum Specialist, Division of Cultural History.

How did I get these if everything was destroyed during the collapse? In the case of the Windows on the World restaurant, I made a specific point to find the survivors of that restaurant. But through that the process was directed toward the owner of the restaurant, Mr. I met with him, described our project, our efforts to honor and collect and commemorate the restaurant and its workers.

And he kindly introduced me to a number of people including Carlos Garcia, the head steward at the restaurant. Through Carlos, I have managed to build a Windows on The World collection: a collection of china, a champagne bottle with a glass, some uniform items. Well, the week before September 11, the owner had a private dinner at his house and took home a few of the dinner sets. He rescued the only china that survived.

It was a new pattern of china, reflecting the curve of the earth that you could see from that height, the sun rising and setting, the blue and white and yellow of the sky, stars and the moon at night. These are reflected in the coffee cup, the saucer, the dessert plate, the silverware. He also had one of the private label champagne bottles full still in his freezer and a champagne glass. The decor in Windows on the World, including these plates, was designed by famed Manhattan designer Milton Glaser.

He used a celestial theme fraught with stars, the sun, and the moon. This was meant to capture the feeling of looking out the window, in what was at the time, the highest restaurant in the world, in the tallest building in the world.

Plate appears to have never been used. It measures 11.5 in diameter.

The item "Windows on the World Plate 9/11 September 11 Trade Center Milton Glasser Design" is in sale since Thursday, August 12, 2021. This item is in the category "Collectibles\Decorative Collectibles\Collector Plates". The seller is "benkin" and is located in Staten Island, New York. This item can be shipped to United States, Canada.